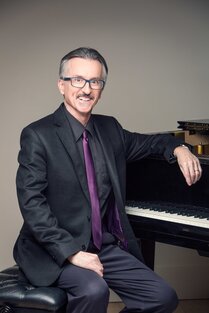 ​At 14, I began my piano studies, an enthusiastic, motivated, but somewhat unfocused teenager. Luckily, my determination at the piano overcame my inefficient practice habits.

Soon I was playing nights in jazz bands and country bands in Northern Ontario. Imagine loading gear into a van in the dead of winter in a frozen tan leisure suit. There had to be a better way.

Off to Boston at 17 to attend Berklee College of Music in Boston. That went well; I left with a Bachelor of Music in Jazz Composition, and enough skills to launch my career back home.

For the next 30 years, I worked the trenches as a pianist, bandleader, music copyist, arranger, music director and finally agent and producer in the Toronto entertainment business. Along the way, I spent 25 years as a volunteer music director with the Canadian Youth Synthesizer Orchestra and later the Westdale Secondary School Senior Jazz band.

It was time for a mid-life second act career change: Classical piano teacher. Therefore, I pursued my ARCT in Piano Pedagogy. Bingo, four years and 5000 hours of practice later I graduated a local, provincial, and national scholarship winner. I have a new career.

Now I happily and enthusiastically teach piano, give workshops, adjudicate festivals and exams across Canada, Blog, and compose educational material for students.

For a full account of my background, please see my LinkedIn profile above or continue reading below.

I look forward to hearing from you regarding piano lessons soon.

1972 summer music camp in Kirkland Lake ON. Here as a youngster, I met my first mentor Harry Forbes, composer, guitarist and synthesist. Harry introduced me to the ARP 2600 synthesizer! Harry and I have been actively talking music and jamming together ever since.

2009 to 2010 Piano teaching methodology with the late Donald Himes

2014 Jazz drumming at the Jamie Aebersold Summer Jazz Workshop at the University of Louisville Kentucky. Jazz drumming with Kevin Dempsey in Burlington Ontario.

2014 Coursera on line course: "Introduction to Music Production". I passed with distinction.

2015-2017 Jazz drumming at the Jamie Aebersold Summer Jazz Workshop at the University of Louisville Kentucky.

2015-2017 Jazz drumming with Terry Clarke in Toronto Ontario.  Terry Clarke was invested as a member of the Order of Canada. He has also been honored as Drummer of the Year at the Canadian National Jazz Awards (2002, 2004-2008). I'm thrilled to be his keenest student. 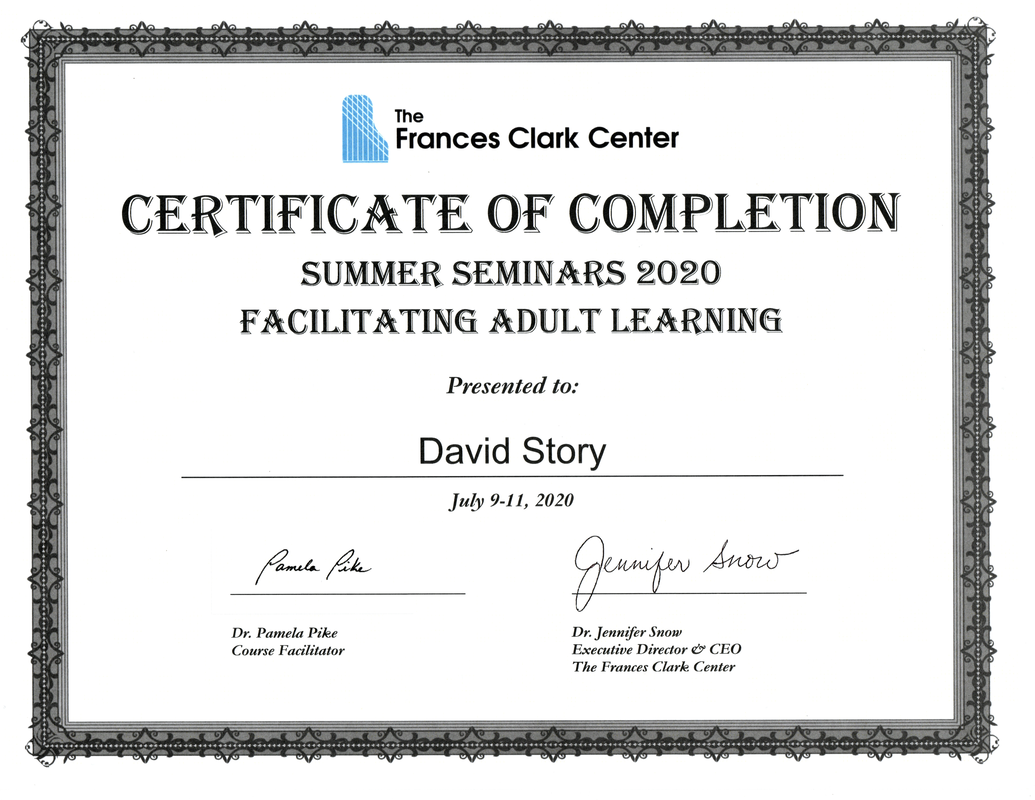 1982 to present: Piano Teacher, Toronto: My students range from young beginners to advanced university students and other piano teachers.

1998-2005 now retired: Part-time Entertainment Consultant, Elwood Saracuse Productions: I was responsible for account management and production of corporate shows in the Toronto area as a musician, producer, and agent. Our clients included Blue Chip Canadian and American firms. I had the opportunity to work with many household name entertainers from Canada and the USA.

Some Musical Highlights of my Journeyman music career:

Being a member of the Poetiks, Credo 5 and other new music groups consisting of improvising musicians and poets. We've performed in poetry and improvised music events in the GTA. I still occasionally participate in AIMT activities in Toronto.

Performing with Nelson Ned, a Brazilian crooner, at Canada's Wonderland in front of thousands of screaming women, and hilarious performances with The Platters.

Arranging some music for the opening Massey Hall concert of the Toronto Pops Orchestra.

Arranging some music for the orchestra during the Lech Walesa’s visit to Canada at Copps
Coliseum.

Performing in a two-piano jazz quartet with the McMaster University Orchestra in performances of Bach’s Dm Keyboard Concerto.

Jazz Duo with "Eddie B,” Tinkers Jazz Club, Boston. We were a comedic "salt and pepper act" (I was the  salt) opening  jazz act, six nights a week, 12 shows for Betty Carter, Chris Connor, Woody  Shaw, Ester Philips and others. Accompanying the late Mr. Aso, Japanese tenor in Boston. This was my introduction to Opera.

Performances of my orchestral  compositions including "Fantasia" with the Hamilton Philharmonic Youth Orchestra  under the direction of Glenn Mallory and the Canadian Youth Synthesizer Orchestra. As Fats Waller shouted out during a particularly perfect musical moment, “Shoot me while I’m happy!”

Hobbies: Synthesizers, playing the drums, a night at the ballet, cooking, and riding my bike.